2017 / 2018
(ABOVE LEFT) With almost 270,000 monthly listeners on Spotify, Jeff Bernat has broken through as a Filipino-American singer, songwriter, and producer on the rise. In designing the cover of afterwords, his fourth studio release, I chose a serif font for the title and stylized it to emulate a neon sign. Laid over a Mark Peaced studio shot, the effect was a modern-classic feel. I also created supporting motion graphics for social media, as seen below.

(ABOVE RIGHT) After a heartbreak, Jeff released his non-album single Changes. In this melancholy tune, the chorus mentions how he keeps her picture on the nightstand. To reflect this, we chose a shattered picture frame, incorporating the word “changes” through jagged breaks in the glass. The two flowers act as a primary visual for the transformation of a broken heart. 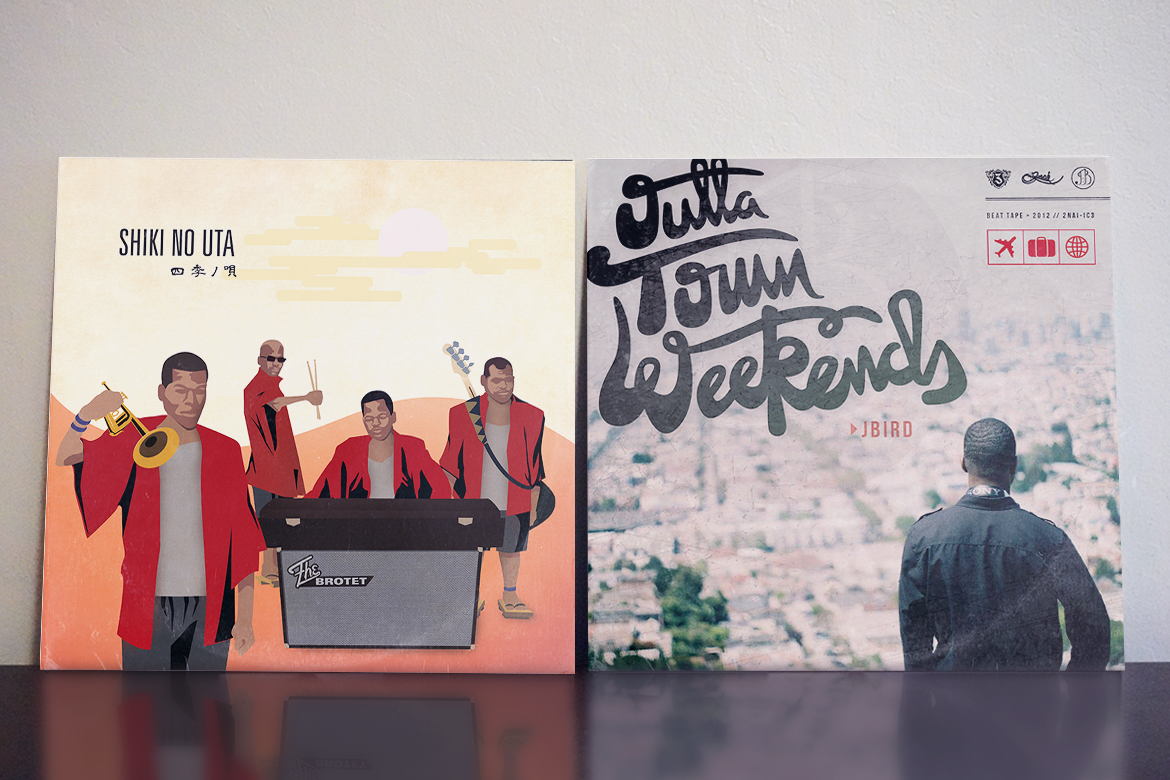 (ABOVE LEFT) Created specifically to convey the brotherhood that forms the foundation of Jbird's family band, The Brotet, this illustrated artwork was designed and implemented for a live cover of Nujabe's ending track to the popular amine, Samurai Champloo. 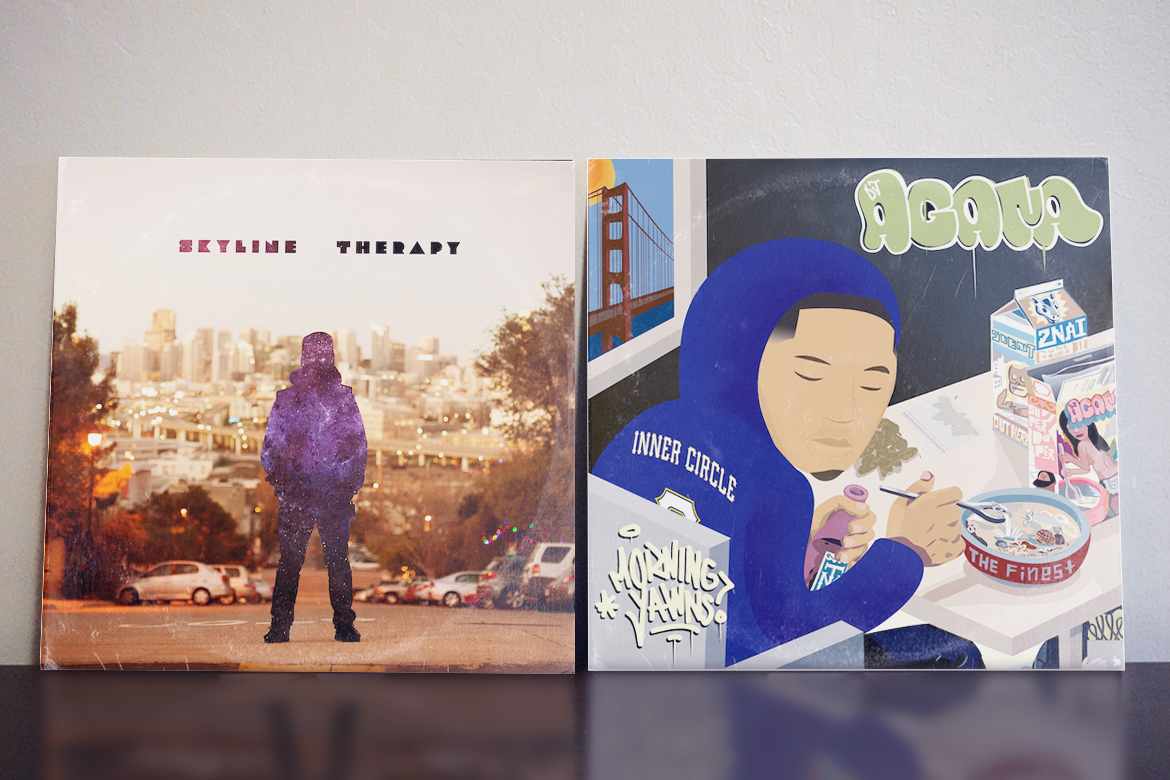 2012 - 2014
Justin Agana, AKA DJ Agana, was an ideal collaboration in that he provided exactly what he envisioned with precise detail, while allowing me to incorporate my own creative insight.

(ABOVE LEFT) With valuable help and guidance from professional photographer Rolando Tanedo Jr., we created a nostalgic-future vibe with this Skyline Therapy cover art.

(ABOVE RIGHT) The Morning Yawns cover art is a flip from MF DOOM's MMM...Food.